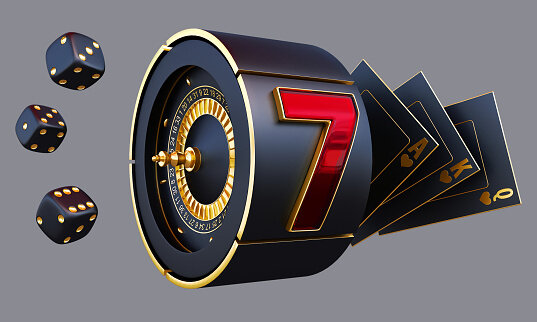 Slots are one of the games in the Joker casino that has a high-paying jackpot prize. However, in the present time, most slot machines are mainly electronic, and these devices are attractive to con-artists and opportunistic cheaters who will stop at nothing until they get their hands on money that they didn’t win.

The game may need players to bet large sums of money in order for them to have a good chance of winning. It is no wonder that this game is also the game that pays the highest amounts. This lucrative nature of slots and the added popularity of the game is the reason why it is the most targeted game for casino cheaters.

To the unenlightened, we listed some of the common devices and methods that these cheaters typically use on slot machines. We highly suggest that you skip from using them because they are highly risky and dangerous and might cause you to be at odds with the authorities.

One of the jobs of engineers is to build machines that can be monitored and checked regularly to give players high quality games. Although, one particular advantage of being an engineer is that they can rig these machines with cheat codes.

An infamous engineer called Ronald Dale Harris used to work in Nevada Gaming Commission and he has been rigging slots most of his life until he was arrested in 1995.

Shaved coin works in a way that when it is put in the coin slot and goes down with an item that can fit the same way as the size of the required betting coin, the shaved coin will return and the other object will land and cause the reel to spin.

Infamous con artist Louis “The Coin” Colavecchio used fake coins to outsmart several casinos on the Nevada strip until his arrest in 1998.

You might be thinking right now that, “how come someone can cheat the slot machines using a magnet if they are operated using a digital program and they are not magnetic?”

Yes, this logic is valid, however, they can actually do that on classic slot machines who were made of metal.

A string is tied to the coin, which is then fed into the machine until it activates the game, at which point the player retrieves the coin using the string. Because of the advancement of technology, this practice is now almost obsolete.

A light wand is a good disruptor of the sensors on the slot machines, which in turn will prevent it from calculating how many coins had been inputted within the machine to determine the winning combination.

Piano wires are a perfect device to tamper the wheel rotation clock. A group of casino cheaters managed to pull this off. They managed to take at least $50,000, although their operations were caught on camera, and the winning player was captured long before he reached the exit.

A cheater called Carmichael used a guitar string and put it around a metal rod. He put it inside the air vent of the machine and then wiggled it to trigger the coin hopper’s switch. The clank of coins is heard afterwards.

One of the infamous cheaters in history is Dennis Nikrasch, his concept of cheating improved the slot cheating methods throughout the years. He bought an old slot machine and he conducted experiments to look for several weaknesses on the device.

He finally realized that the computer chips with the machines can be manipulated to spew forth jackpot money at any time.

For years, many cheaters have relied on the vulnerable security systems of casinos like Slotxo in order to conduct an elaborate heist. However, nowadays, casinos are now learning from the lessons of the past and have strengthened their security systems.

These are some of the cheating devices that some people sue to outsmart the casinos. However, it is now hard to conduct these schemes because the security systems are now stronger and more sophisticated.

Hey bettors, are you interested in placing bets on sports online? If the answer is yes, th…